The Air Force Systems Command (AFSC) is an inactive United States Air Force Major Command. It was established in April 1951, being split off from Air Materiel Command.[1] The mission of AFSC was Research and Development for new weapons systems.

The origins of Air Force Systems Command date at least to the establishment of the Airplane Engineering Department by the Chief Signal Officer, U.S. Army, on 13 October 1917 at McCook Field, Ohio. Re-designated the Engineering Division of the U.S. Army Air Service in March 1919, this organization carried out the research, development and testing of military aircraft, engines, airships and accessories. Renamed the Materiel Division of the newly established Army Air Corps in October 1926, it undertook the procurement, supply and maintenance activities of Army aviation.[2]

American aviation development fell behind its European rivals after the mid-1930s when Germany started a continental arms race. The threat of war at the decade's end began to change the situation. During the late 1930s American industry spent over $100 million annually on aviation research. University grants grew and military personnel enrollment in science courses increased. Leaders of the Army Air Forces (AAF) were alarmed by many of the new weapons that would revolutionize air warfare which had emerged from foreign laboratories. Radar, jet aircraft (Messerschmitt Me 262, Fieseler Fi 103 (V-1 flying bomb)) and ballistic missiles (V-2 rocket) had all either originated or been perfected outside the United States. Congress greatly increased funds for R&D. Subsequently, the engineering function resided in the Materiel Command, the AAF Technical Service Command, the Air Technical Service Command, and the Air Materiel Command.[2] 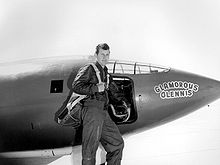 The war had shown the destructiveness of aerial attack and made Arnold an aggressive advocate for aeronautical research. On 7 November 1944, General Henry H. "Hap" Arnold, Commanding General of the Army Air Forces directed the AAF Scientific Advisory Group (SAG) to study the technological achievements of America's wartime allies and provide a blueprint for large-scale research and development of science and advanced technology for the Air Force.[2]

However, the Army Air Forces needed to achieve achieve independence, which it did on 18 September 1947, with its transition into an independent United States Air Force. Also, the role of the Air Force in the postwar world had to be defined. The 1948 Finletter Commission published its report, Survival in the Air Age, in January 1948. It set forth a new concept of airpower, i.e., a powerful peacetime force able to counter any enemy air attack. The Finletter Report inspired a group of senior USAF officers with backgrounds in engineering and related fields to analyze the existing R&D organization. Their findings, and the salesmanship of Generals Jimmy Doolittle and Donald Putt, convinced Air Force Chief of Staff General Hoyt S. Vandenberg to put the R&D mission on a more equal footing with the operational Air Force. Accordingly, and in the face of intense Air Staff opposition, on 23 January 1950, the Research and Development Command (RDC) came into being. Eight months later it was re-designated the Air Research and Development Command (ARDC) as a separate organization devoted strictly to research and development.[2]

During the 1950s, the new command began to make its mark. ARDC developed many ambitious aircraft and missile protoypes. Among the successes of this period were the North American F-86 Sabre swept wing fighter, the Boeing B-52 Stratofortress intercontinental bomber, the Lockheed C-130 Hercules turboprop transport and the Lockheed U-2 very high-altitude strategic reconnaissance aircraft. In addition, ARDC played a major contribution in the development of Intercontinental ballistic missiles (ICBMs), which became a priority after the world learned that the Soviet Union had detonated a thermonuclear (hydrogen) bomb on 23 August 1953. A crash program was employed which developed which developed America's first ICBM (the SM-65D Atlas), that became operational in 1959. In terms of importance, resources, and success, the ICBM program was rivaled only by the famed Manhattan Project of World War II.[2] 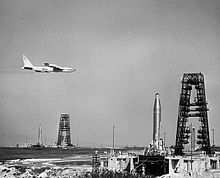 Atlas missiles on alert at Vandenberg Air Force Base – 1960

The Atlas program led to the belief that the entire responsibility for deploying new weapons systems – from research, development and testing through procurement and production – should be vested in one command, rather than split between Air Materiel Command (AMC) and ARDC. It was the Soviet Union's launch of Sputnik 1 in October 1957 that greatly influenced HQ USAF and ARDC thinking. The Stever Report, completed in June 1958, which proposed a new Air Force command for weapons acquisition. With this report and a realization of DoD's desire to assign the military space mission to the Air Force, the Air Force won the approval of Secretary of Defense Robert S. McNamara in 1961 for a new major command.[2] In the reorganization and re-designation actions of 1961, Air Materiel Command was re-designated Air Force Logistics Command (AFLC) while Air Research and Development Command, gaining responsibility for weapon system acquisition, was re-designated Air Force Systems Command (AFSC).[2] 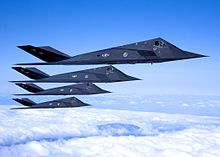 The sustained growth of Soviet power after the Cuban missile crisis challenged the entire spectrum of U.S. military capabilities. These factors led to a new wave of Air Force weapons development beginning in the late 1960s. Systems Command found itself managing a broad array of new tactical and strategic programs including the McDonnell Douglas F-15 Eagle, General Dynamics F-16 Fighting Falcon fighters, the Fairchild Republic A-10 Thunderbolt II ground support aircraft, the LGM-118 Peacekeeper, the AGM-86 (air) and BGM-109 (ground) cruise missiles, the Boeing E-3 Sentry Airborne Warning and Control System, the Boeing C-17 Globemaster III transport, the Rockwell B-1 Lancer bomber, and a new generation of orbiting Reconnaissance satellites. These programs were the main activities of AFRC during the 1970s.[2]

With the Reagan Administration's military buildup during the 1980s, the pace and scope of Air Force acquisition again escalated. Now the focus centered on the modernization of strategic systems which had atrophied during the Vietnam era and afterward. But increased activity and defense spending brought acquisition reform issues to the forefront. Cost, schedule, and quality problems troubled some major weapons programs.[2] 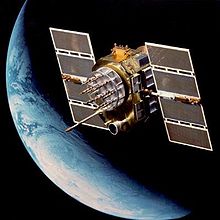 Media stories about spare parts overpricing and questionable contractor overhead charges created a national sensation. This negative publicity, coupled with soaring federal deficits and reductions in domestic spending, contributed by the middle of the decade to a political backlash against Ronald Reagan's military programs. The situation gave enormous political impetus to reductions of defense spending and an overhaul of the nation's military establishment, including its weapons acquisition practices. AFSC led the way for acquisition improvements with greater reliance on multi-year contracting to stabilize weapons programs and increased investment in modernization programs for the defense industrial base.[2]

During this turbulent period, new and updated weapons systems continued to upgrade our forces. The B-1B Lancer was delivered to SAC in record time. Stealth technology, born in the AFSC laboratories in the 1960s, found its way to the ramps in the form of the F-117 Nighthawk fighter and the B-2 Spirit bomber. After the Space Shuttle Challenger disaster, AFSC helped restore the nation's space launch capability by quickly making available a family of new expendable launch vehicles such as the Delta II. Major gains were made in operational readiness rates through the Reliability and Maintainability (R&M) 2000 program.[2]

With the 1992 reorganization of the Air Force, the functions of AFSC and Air Force Logistics Command (AFLC) were once again merged into the new Air Force Materiel Command (AMC).[3]